I came across minimalism by accident. I was overwhelmed with life – with trying to maintain a home with three young children, while homeschooling. I felt there were just not enough hours in the day to look after the kids, teach them, feed them a healthy diet, keep a clean house, be a good wife, and be happy!

We were buried under paperwork, toys and knick knacks! Living in a mining town in the desert, I was dusting all the time underneath and between all the candles, statues, vases and photo frames. It was time consuming and frankly – depressing. I’d had enough! I felt like a failure of a mother: I was stressed and overwhelmed with, I thought: motherhood, but in fact it was with the amount of stuff we had! When I had that realisation: I decided to purge as much as I could!

When it first occurred to me that simplifying our life was just the thing needed for my sanity, I shared with my husband how I felt and what I thought needed to be done – that we just needed to get rid of all the stuff! He agreed and made a suggestion of his own: that we should get rid of the furniture storing it, then we won’t have a choice but to minimise the unnecessary clutter that the furniture holds!

My mind was blown.

Not because he said something prophetic, but because it opened my eyes to what we had been doing: puttng our precious time, energy and money into things. Yet our actual, true dreams were dangling in such a far future, they felt almost unattainable!

Five years ago we bought a house with no built in storage whatsoever! Not even a linen cupboard! And since then, we have spent our energy and money on buying furniture to store things which really were just pure, overwhelming clutter! As a family, we actively made sacrifices and put pressure on ourselves in order to create this life which was just contributing to our stress levels!

Yet all we ever wanted and dreamt of was spending quality time together and being the biggest part of our children’s lives that we could be.

Getting rid of ‘stuff’

Look, decluttering and purging wasn’t a totally new concept to me. In fact, while most people dread moving houses, I used to love it because it was the one time I gave myself permission to purge. It was the one time when I felt it was OK to “lose” hand-me-down items that I didn’t like and only kept out of guilt. I always knew that decluttering during moves made me feel amazing – it was freeing and it made me happy.

I just never took it any further because prior to this moment, I didn’t realise that all the clutter was slowly breaking me, I didn’t realise that it was ruining my motherhood by making me an anxious, irritable and exhausted mum! And I wasn’t brave enough to take control of my life and the possessions in it!

That day, when I realised what needed to be done and after the coversation with my husband, I put our large buffet up for sale on our local “Buy, Swap, Sell” Facebook page.

And I promise you – I have not looked back!

That was the start of my mission to declutter and minimise our house as much as possible! I’ve been getting rid of furniture that we don’t need or love, things that we never use, and things that we’ve held onto “just in case”. Some things were passed down onto us and we held onto them out of guilt. Some things were broken and waiting to be fixed. It’s incredible how much clutter accumulated in this 3/1 house with no built ins!

I am far from having reached the goal, but my journey has begun and with every bag of things taken to an op shop, I feel lighter and happier!

I invite you to join me on this journey towards not only minimalism, but a happier and lighter life! 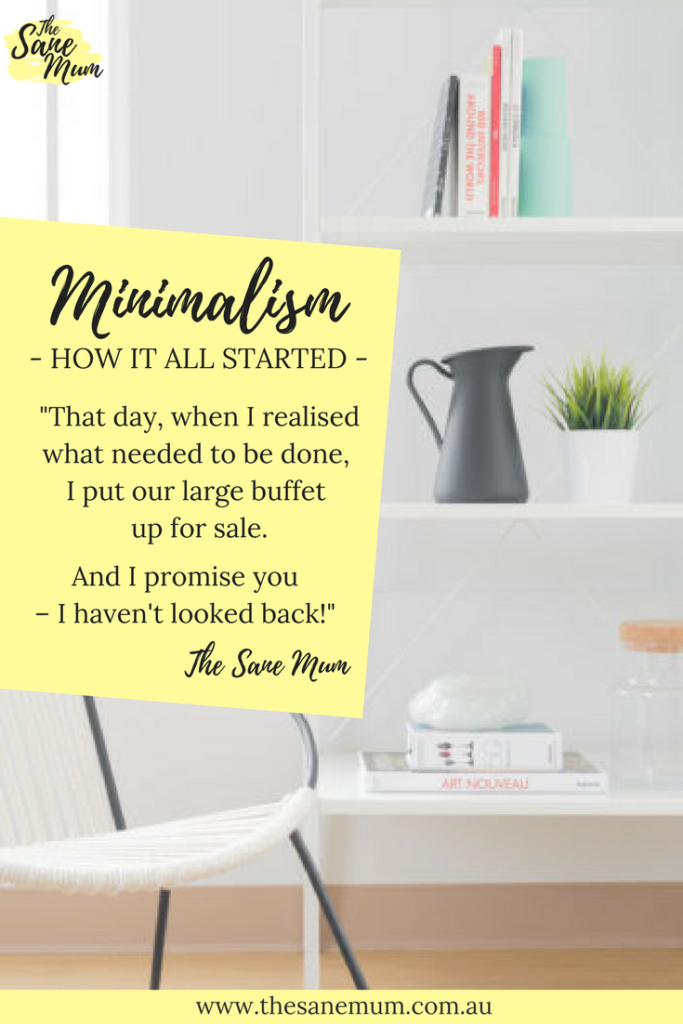 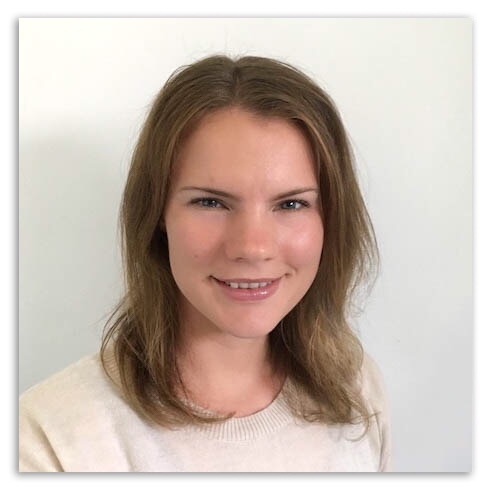 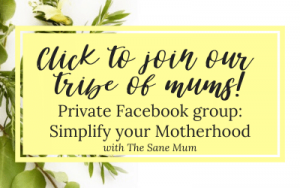